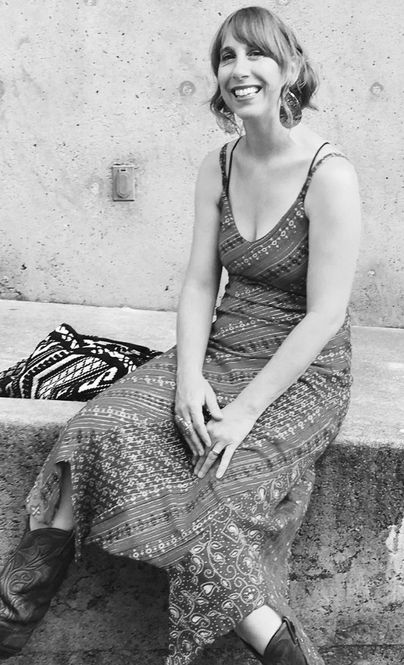 For the over ten years, singer songwriter Karen Joy Brown has surprised and delighted Northern California fans with her ability to express emotion through her deeply soulful voice.

Karen discovered a love of performing though choirs, drama, and musicals as well as cross-cultural interests studying French and Spanish in high school. A passion for songwriting ignited when she picked up her father’s guitar at eighteen and continued throughout her Spanish studies at CSU Chico and early teaching career compiling thirty original songs and leading music for church services.

Her own style began to blossom playing solo in small venues and farmers’ markets. Literate lyrics pondering love, loss, and a deep affection for the beauty in mundane life began to command attention winning local songwriting contests and regular rotation on community radio.

Since her last recording, Karen deepened her skills by joining an acapella gospel choir memorizing dozens of classic spirituals and gospel tunes while focusing on the art of harmony, blending, and arrangement. Her last Chico music project, Afternoon Bloom, featured her renewed love of harmony performing with her twin sister in a full band.

June 2012 brought Karen to Sonoma County where she plays regularly as a duo with her gifted guitarist husband, David Silva, and two years in The Bootleg Honeys trio fulfilling dreams playing at the Kate Wolf Festival and Sweetwater Music Hall.

Summer 2019 hails a season of recording a new album, "'Blooming", with lyrics that capture the struggles and inspirations of a homeward focused decade rebuilding life and work in a new place, new marriage, and the foster-adoption of a seven year old girl. The songs feature the same powerful vocals of past albums with the added refinement and nuance of a singer who's come into her own style and signature. The arrangements shine with depth and a rich chordal and melodic palate with the collaboration of husband and guitarist, David Silva who's masterful and emotive leads bind each song into a living bouquet.

2013 Silver Lining back up vocals for Matthew Clough 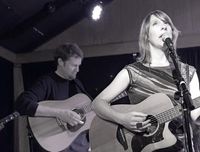 Flatbed Headwest at the Barlow

Join us on a lazy summer Saturday at the Barlow at the corner of McKinley and Pink Lady Court (Acre Pizza) for an hour or so of songs. We are happy to get to play live again and share what just "my love and myself" have been working on over the last year and a half. Stop by to listen and enjoy any of the great food and drink available with a kid and dog-friendly lawn area too! 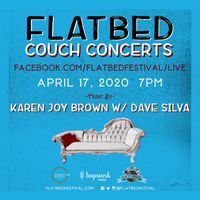 The Flatbed Music Festival has been postponed until September 11-13 due to the pandemic, of course. In the meantime, live stream "couch concerts" are offered Fridays at 7pm. Dave and I will be featured on April 17th!

Dave and I are back for a set, and will be joined by some of his music students with an incredible band, The Sanctions.